Left the Red Cross early to go to an Art gallery event with my host Molly in an adorable, non-touristy neighborhood of Bangkok.  It  actually was a Japanese neighborhood filled with restaurants and bars, but quite a slow night due to the flood.  At the gallery, there were three different levels with a variety of people ranging from locals to expacks


Gap-Gap is an adorable Thai girl who reminds me of my friend Joyce who lived in Los Angeles except Joyce was Philipino and Gap grew up in a small island off Thailand.  Gap worked for a clothing line in town and has a boyfriend from Germany, Thomas, who was quite interesting to talk with.  Gap and I hit it off immediately and were laughing and joking about Thai men.  We almost got into a paint fight-very close as we kept teasing each other with the paint brush..that sounds a bit risque lol.  I would have not minded a paint fight with her and maybe her boyfriend. Hmm territory I have not crossed yet.  This opportunity arose in Hong Kong as well.  I think the signs are pointing me towards trying out a new path, but I am shy and nervous about it(There is your risqué part of my blog friends-take it and run with it! Ha!) 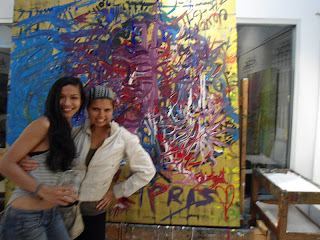 Carolina-Carolina was originally from French, but has been living in Bangkok for three years.  She said she loved Bangkok and even being there for 3 years, she felt there was still more to see.  “There are layers and layers to explore in Bangkok,” said Carolina.  She was such a sweet girl and reminded me of my host’s friend in Toronto Canada.  She was a freelance painter who also worked in a school.  Would love to meet her again sometime as she was very sweet and friendly.


Eli has lived in Asia for the past 15 years and was quite an expert on diving.  She informed me on the best areas to dive in, Phuket Similian Diving in Koah Lak.  She was an International school art teacher and we discussed the differences in schools and benefits/perks you can receive.  She reminded me of a  New Yorker, but I think she was from DC.


The Malaysian guy-I forgot his name, but he was cute and he was a certified diving instructor.  He had such a great energy and talking to him was such a pleasure.  Too bad he had a blonde girlfriend with him ha! 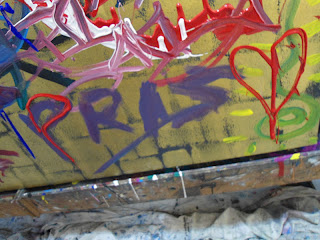 Posted by Live, Love, Laugh with Priscilla at 8:06 AM