Originally Chris from Don Dhet Laos had told me about the half marathon race in Angkor wat, which ended up being perfect timing for me.  I mentioned it to Sie and he said the kids would be running the 3k.  He mentioned that they did not have a digital camera so I wanted to take pictures for them.

Race day was Sunday and I woke up at 4:30am and biked to Angkor Wat to see the sunrise and then meet with the kids.  It fell into place perfectly as after the sunrise I ran into my kids.  We did some stretching and I was trying to pump up their energy levels.  Another volunteer was also here from South Korea.  It is interesting because in South Korea they do not smile. I noticed this with her and my other Korean friend from the tour. They told me it is not common for South Koreans to express emotion.

As we were getting prepared, they had the drummers making noises and getting everyone hyped up.  I really wanted to run the 10k at least, but I wanted to run with the kids and the other volunteer.
It was finally our time to get to the start line and the kids were so excited. Turns out we got them too excited because they ran off so fast ahead of us that we could not keep up! Cindy and I tried to sprint and cetch up with them, but it did not seem to work.  We found a couple of them at the end of the race and eventually all of us came together.


I met the director who was very sweet and she was actually the director that was suppose to email me from Trust and Smile NGO.  It is run under the Athena Foundation, but is different from Cambodian Human rights organizations.  The kids were filling up their bags with waters and red bulls and eating lots of bananas-so adorable.
Here are some photos below: 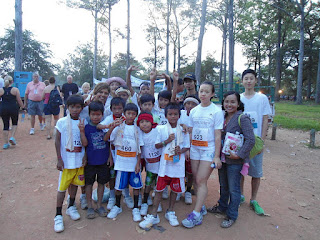 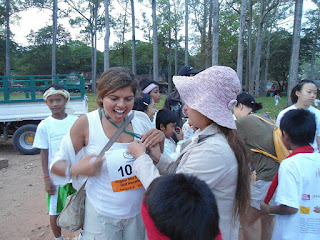 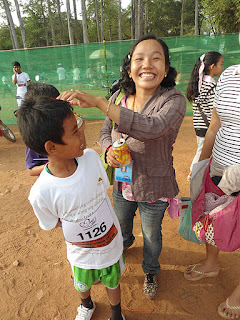 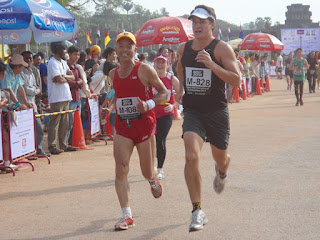 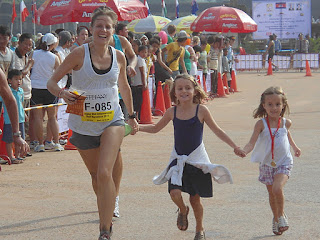 Volunteering teaching English for a few days with the kids is not nearly enough time and I actually thought about how it may be harder for them for me to start and then leave, but they definitely need English teaching volunteers so even a few days helps them out.  It was wonderful to be a part of their organization. 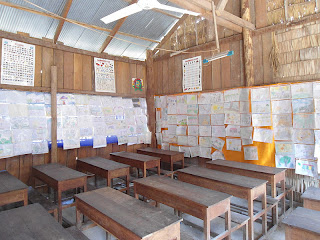 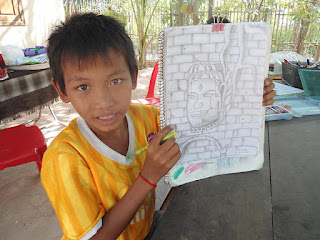 Top art student in school and the child I wanted to adopt
Posted by Live, Love, Laugh with Priscilla at 6:29 AM